Feb: Highlights from our Drop In & Draw Craft Night 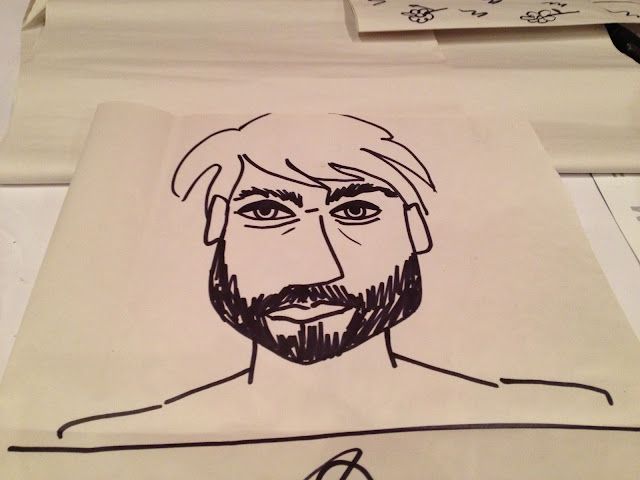 When we curated last month’s Drop in & Draw we knew it would be popular but we had no idea how many of you are closet doodlers! You travelled from all over the capital and beyond to join us sketching, drawing, colouring, collaging and constructing.

We had seven craft stations – including one surprise one unveiled on the night….
Comic Crazy 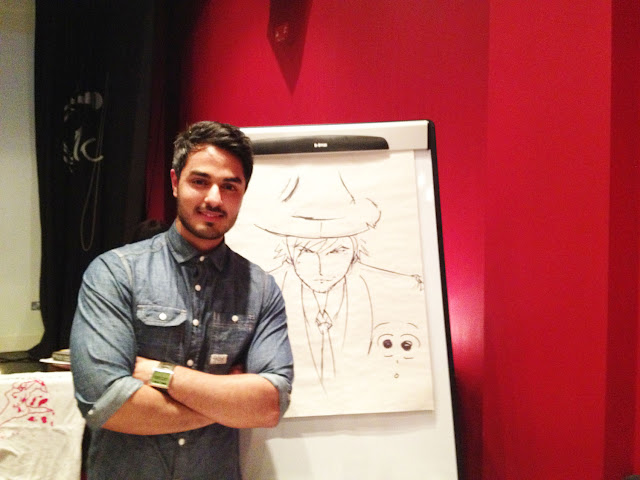 First up there was some serious love for Lucky aka Farcreazy Farid’s Creating A Comic Strip session and the results were outstanding, so much talent was shared on the night, we were amazed! Each participant started with a simple scene... 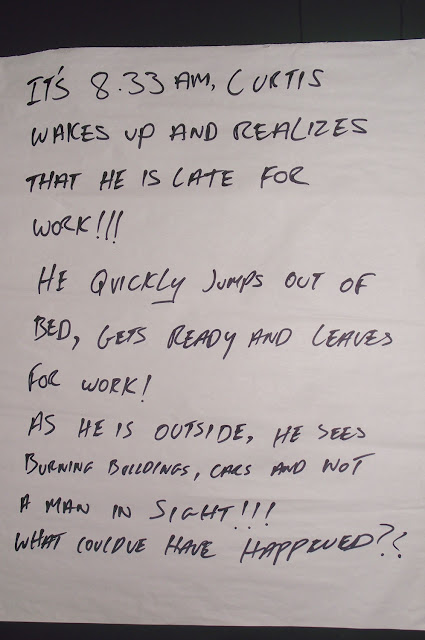 ....and then turned it into a gripping story.. 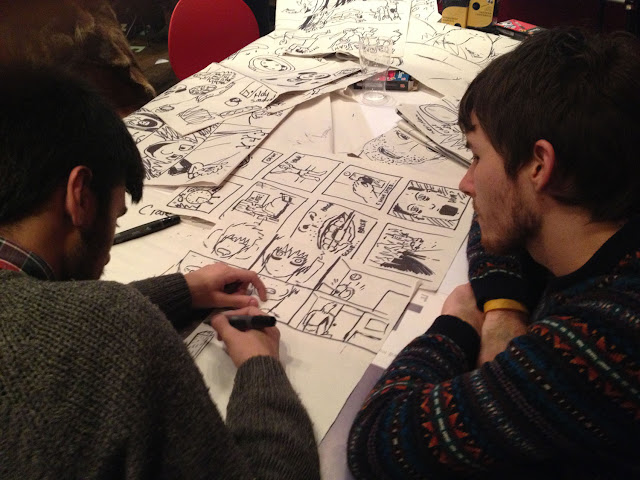 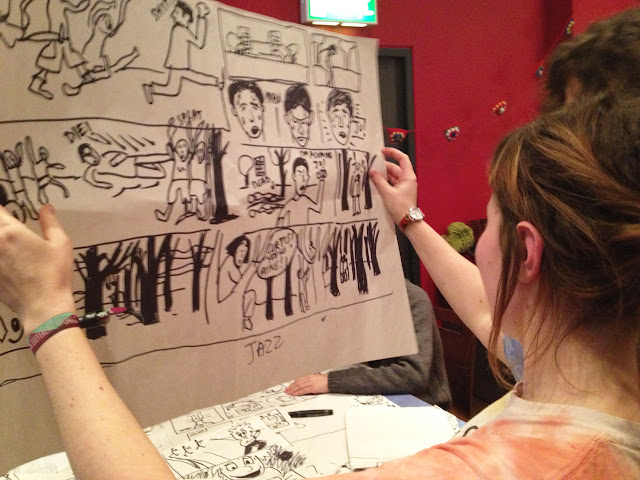 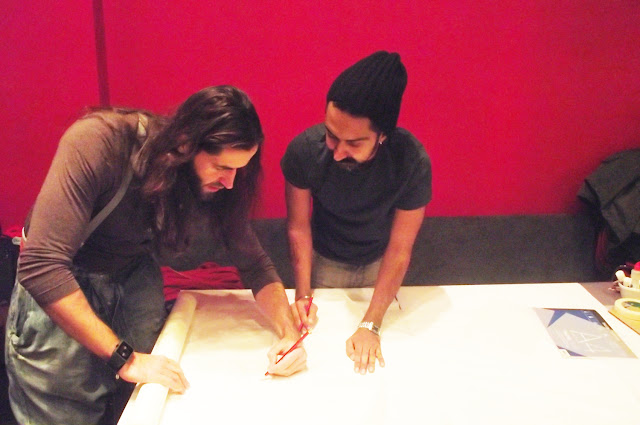 Artist Michail Sionis led the most interesting workshop we’ve ever had….experimental drawing where supersize sketches were turned into 3D structures. 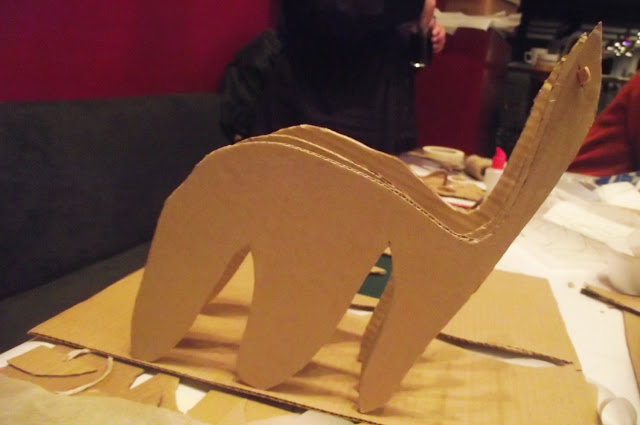 Inspiring and rewarding one of our fave moments of the entire evening was hearing one person say are not creative and aren’t interested in doing anything, they were just there to accompany a friend, but then took part in Michail’s session and ended up with a masterpiece. 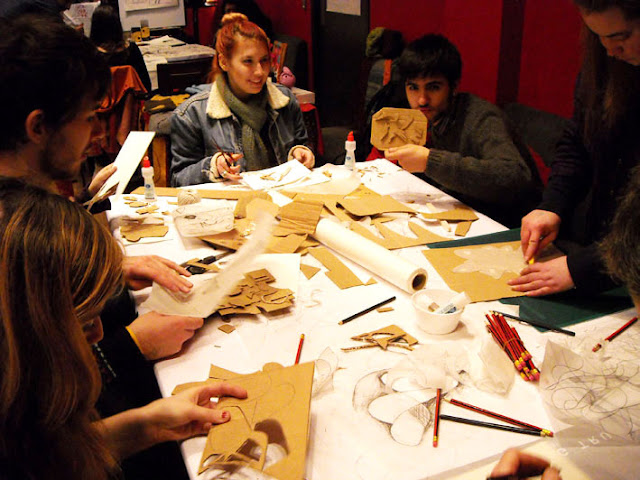 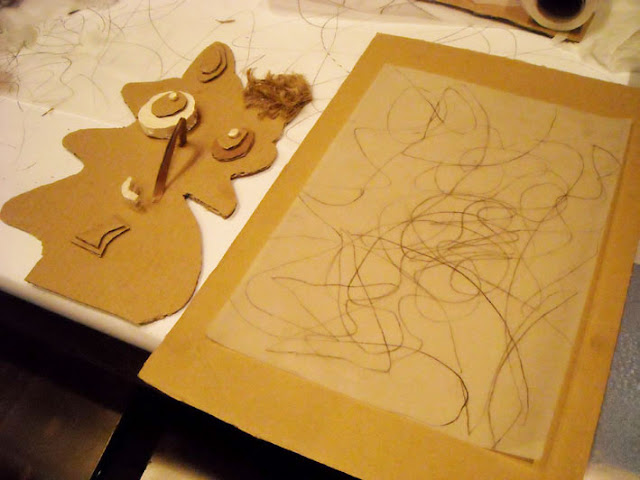 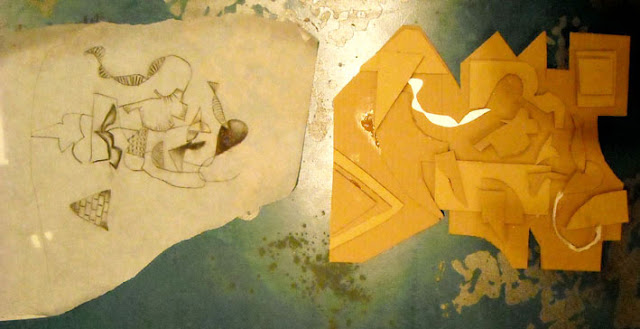 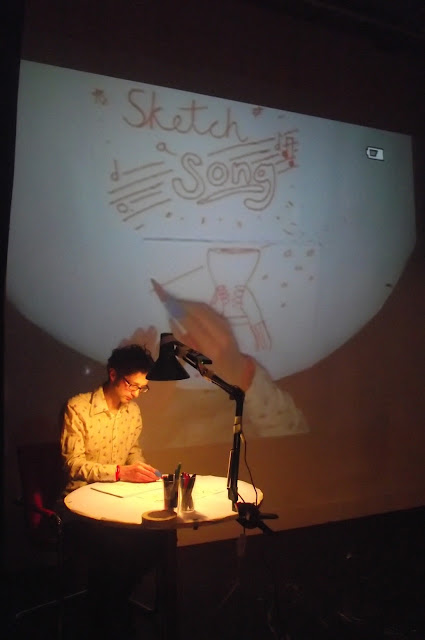 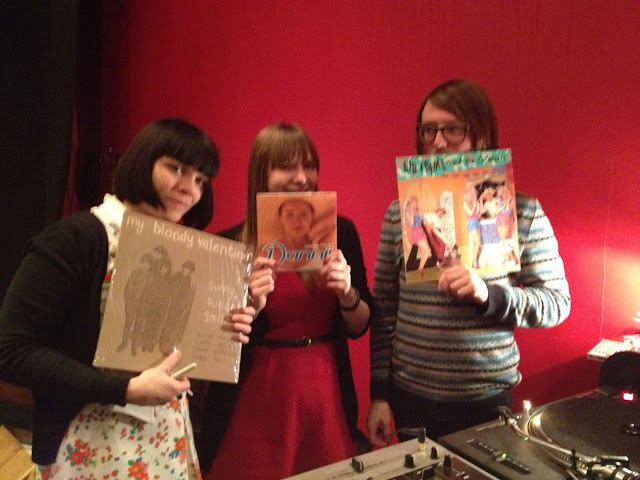 ….inspired by the top tunes being played by our DJs Spinning Yarns. 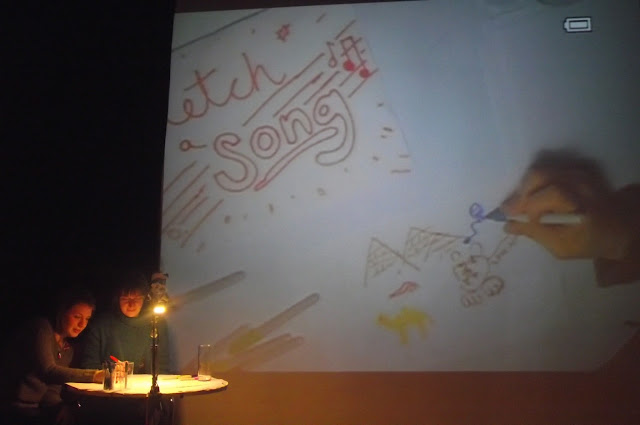 All you had to do was take a seat, grab some marker pens and ‘sketch the song’…the fun part being you wouldn’t know what was going to be played until you sat down. 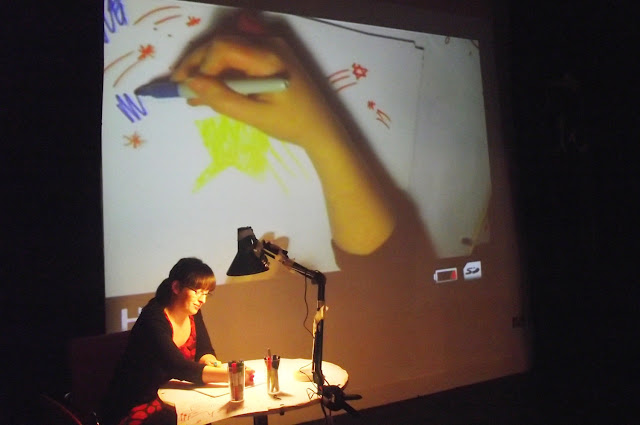 As each person doodled away, their drawings were projected on a screen at the back of a stage... we’ve never had so much fun for free before! Even the most unconfident of drawers had a go and the best part was, each one of them left the stage smiling.
Here are some of the songs drawn on the night! 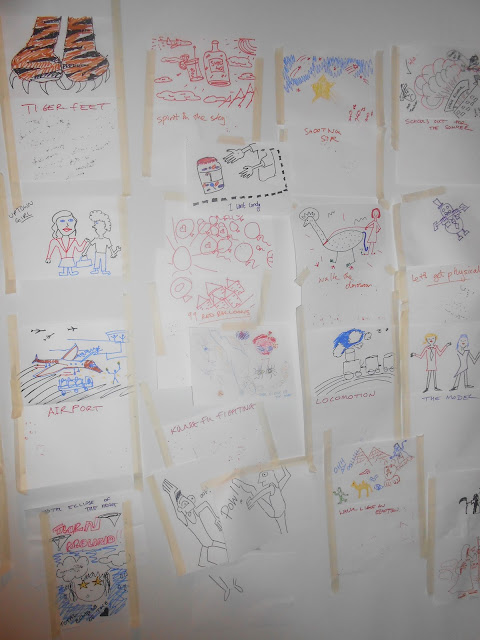 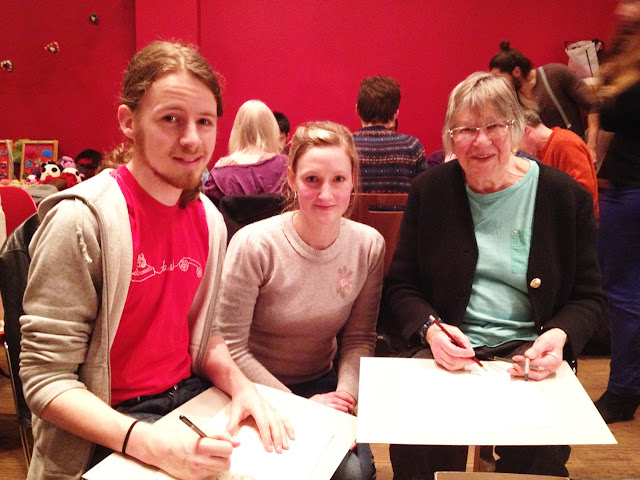 We transformed one section of The Hackney Attic into a proper art class with a teacher and everything! Harriet runs Harries Drawing Club and for our Drop in & Draw she set up a still life station complete with interesting objects to sketch… 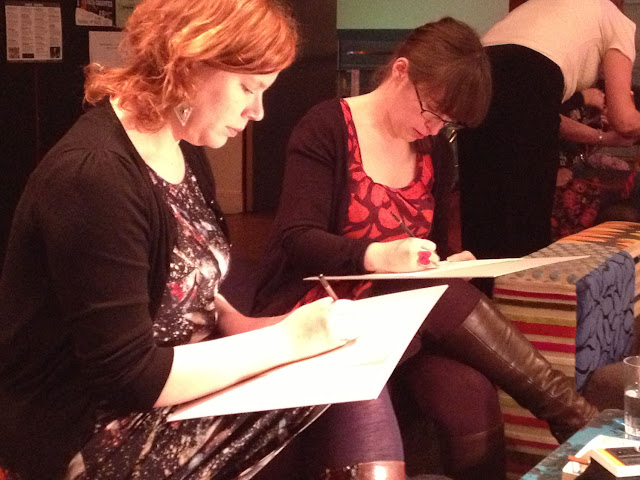 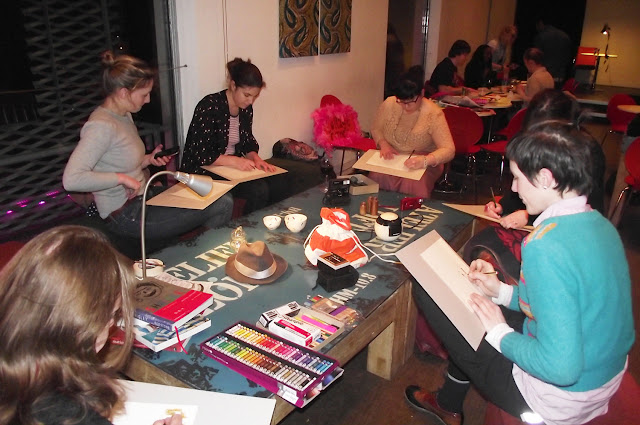 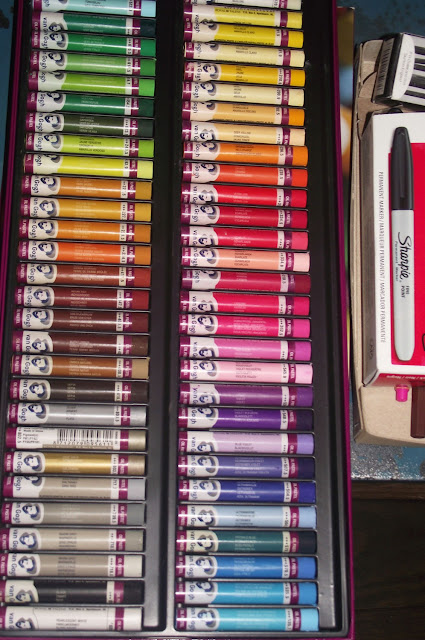 …and a gorgeous collection of drawing implements, pastels and crayons to use. 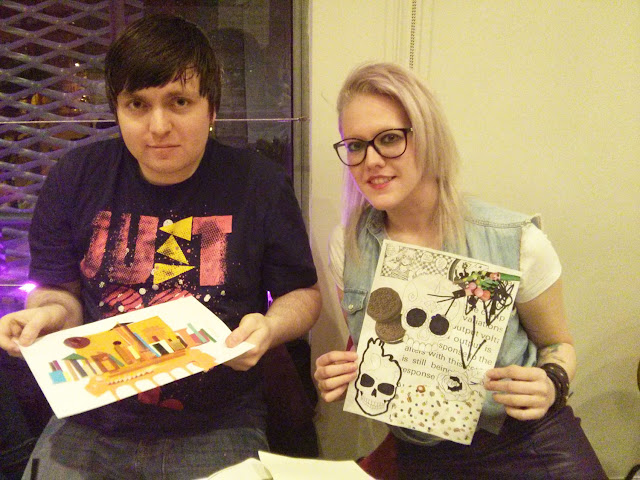 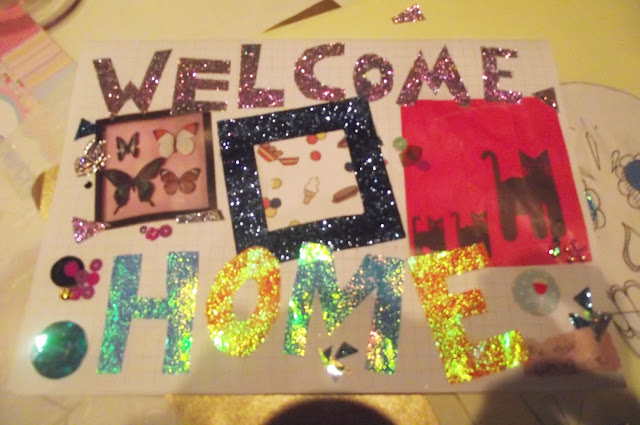 Elsewhere in our Collage Corner we invited artists Libby Vickers and Jmebot to lead a session on drawing with paper, creating pictures, portraits and postcards.
Makers Market 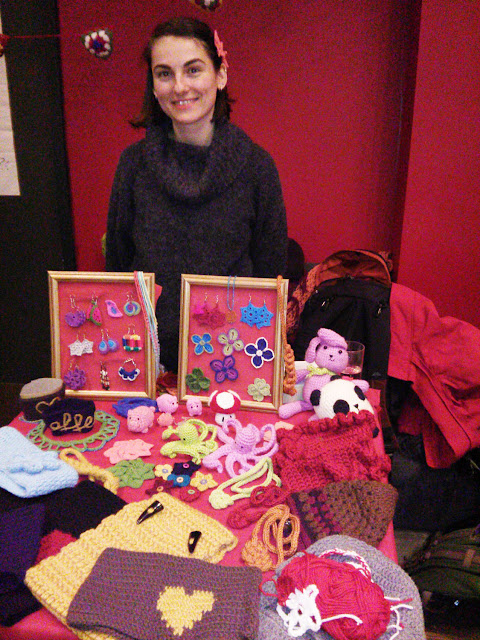 We’re always looking for crafty types to come along and sell their wares at our night and this month we were joined by crochet designer Vaselina (Meko Designs) who sold her gorgeous accessories and showed folk how to crochet. Don’t worry if you missed out.
This month we’re having a crochetfest as part of our Easter Extravaganza on March 26th.
Naughty Knitters 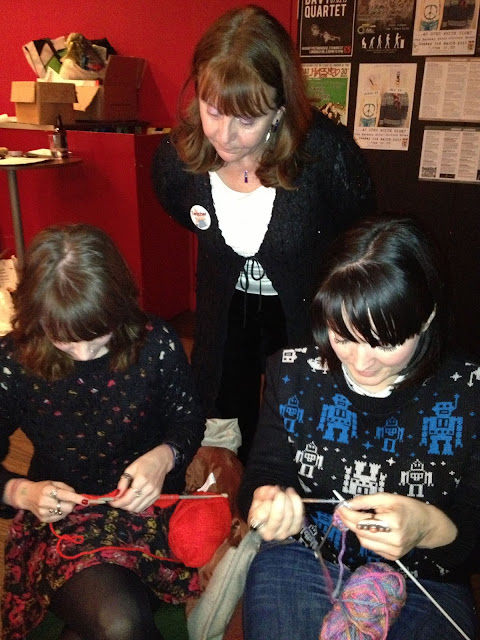 And of course a night wouldn’t be the same without our knitting circle where Madelaine and her team of knit pros will show you how to knit. 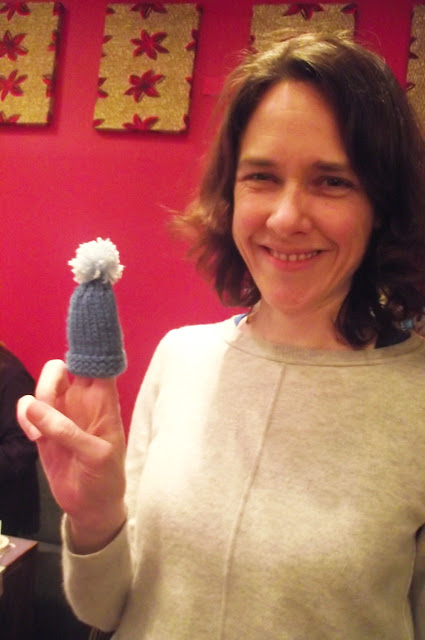 Several of you learnt to knit for the first time and others had refreshers or just did your own thing. 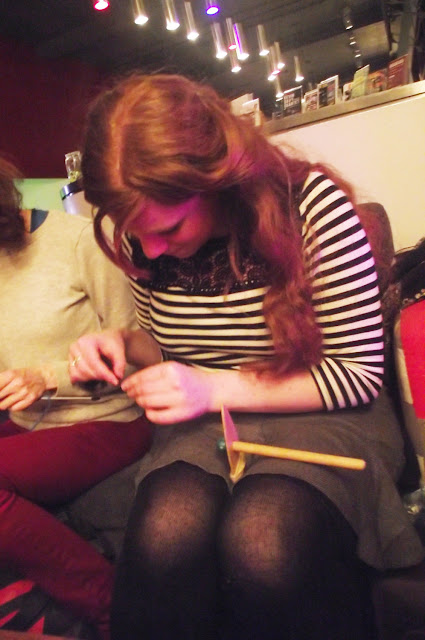 We were also  impressed by Heather who brought along some spinning to do….we had no idea spinning could be transported so easily! 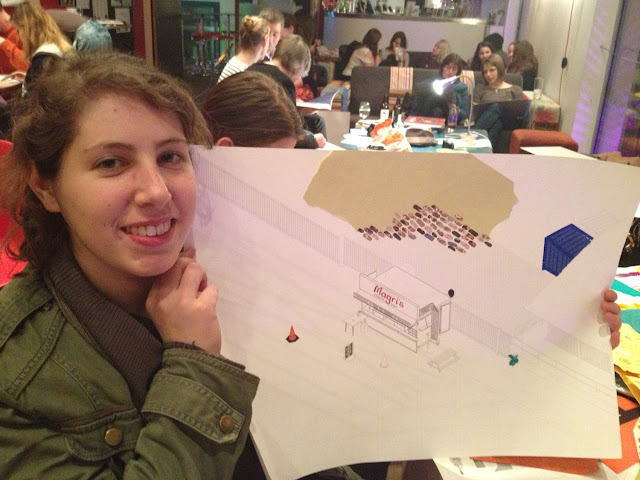 This lovely lady even brought her homework along to do....some 'technical drawing.'

What an amazing evening!
Thank you so much to everyone who came and to all the folk who helped run a workshop.
It’s such a pleasure to be running one of the most fun nights out in London yay!

Do join us for our next event: Easter Extravaganza, Tuesday March 26th at the Hackney Attic. Drop in any time from 7.30pm.

Hope to see you there!