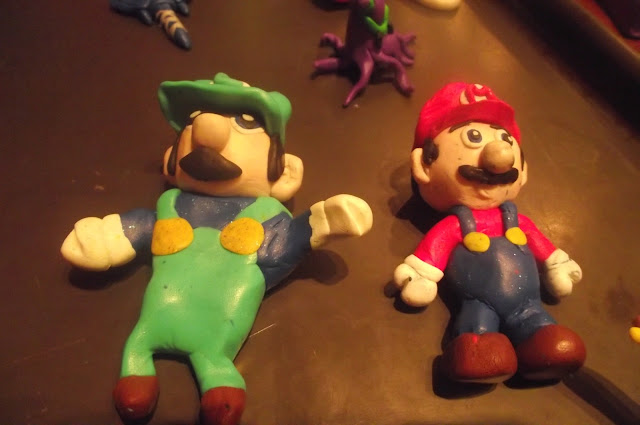 We promised you a night of geek craftery and we delivered! Or rather you all delivered...how awesome are these Mario & Luigi fimo masterpieces??! 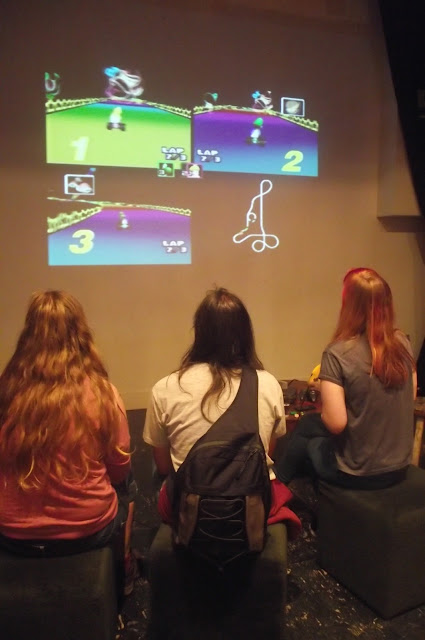 But it wasn't just craft. We had games too. Lots of fabulous retrotastic games courtesy of our amazing friends at fellow Hackney Attic night Once Upon A Console who brought us Street Fighter, Donkey Kong and loads more other kinds of iconic interactive action. 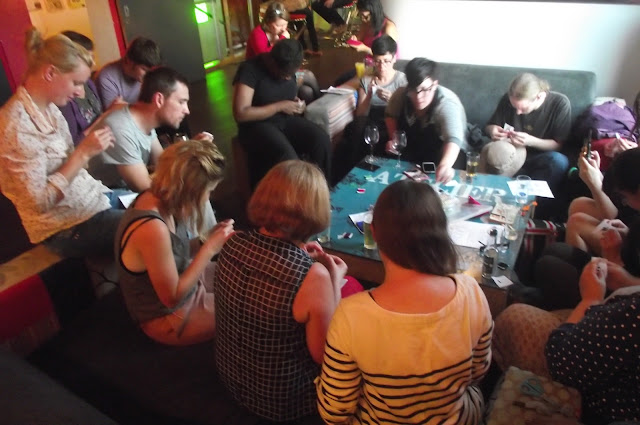 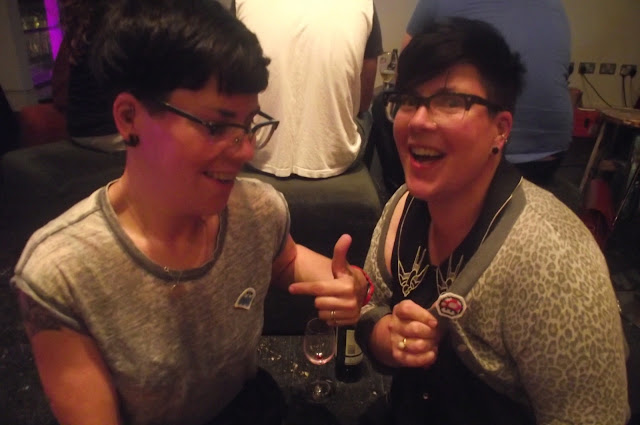 Back in January, our first cross-stitch workshop run by the legendary Mr X Stitch was the most popular workshop we've ever run, our Becky who also runs The Craft Closet came a close second with her too-cool-for-school xstitch games icon badge workshop!

It was packed all night...we think this means you guys and girls LOVE x-stitch.

Thankfully there's more opportunities to have a go in August when we're joined by The Craftivists. 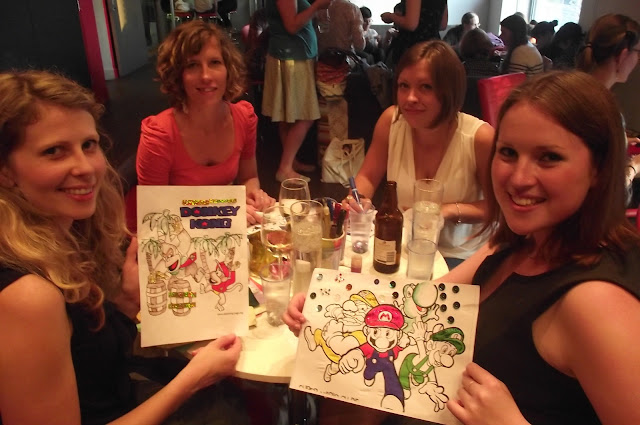 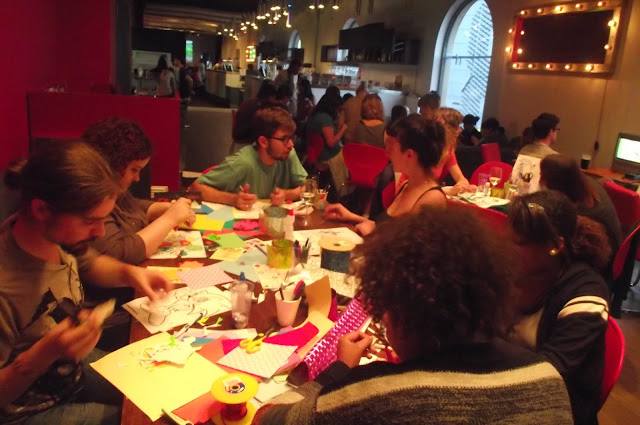 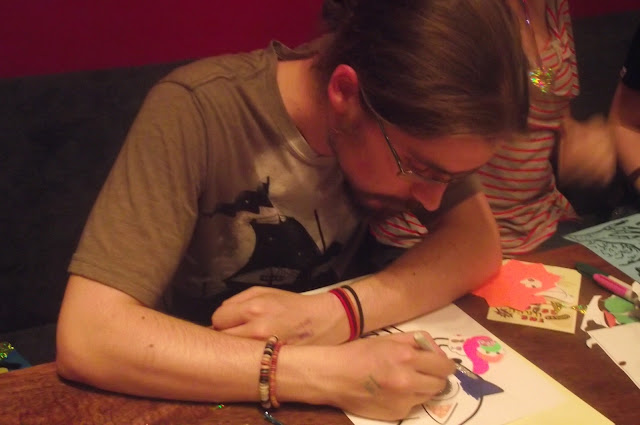 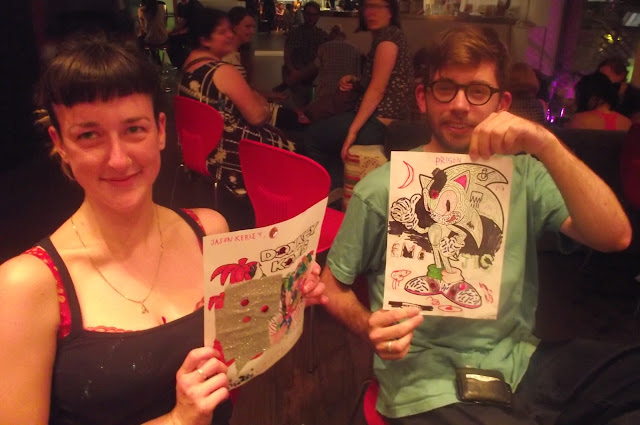 For the first time ever our Collage Corner was so popular we actually ran out of collage sheets! These lucky peeps however got well and truly stuck in with the colouring, cutting and sticking. 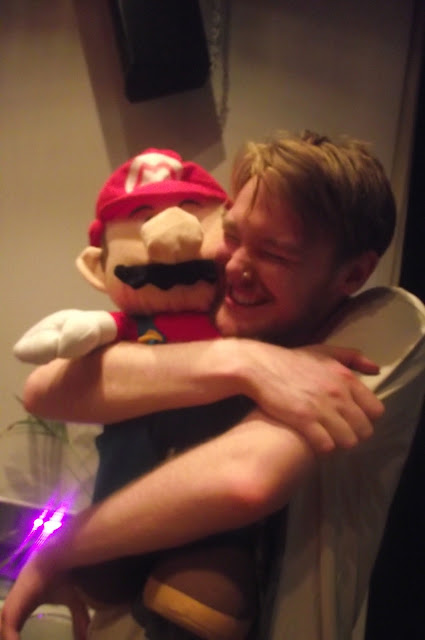 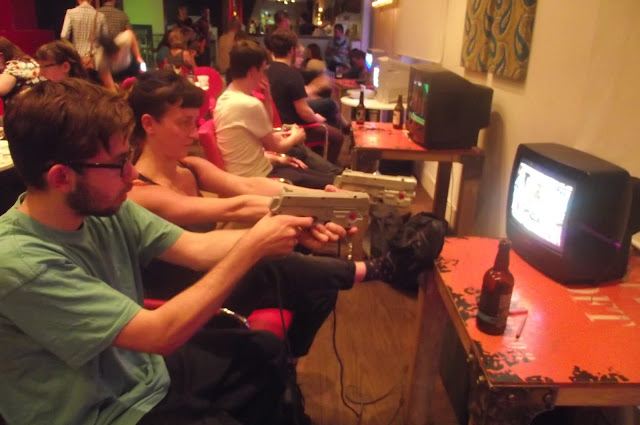 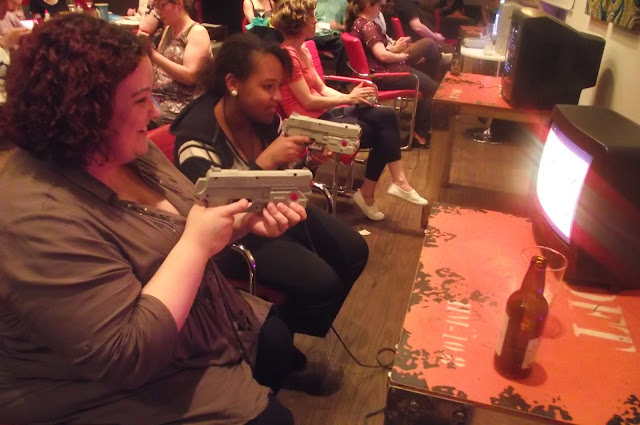 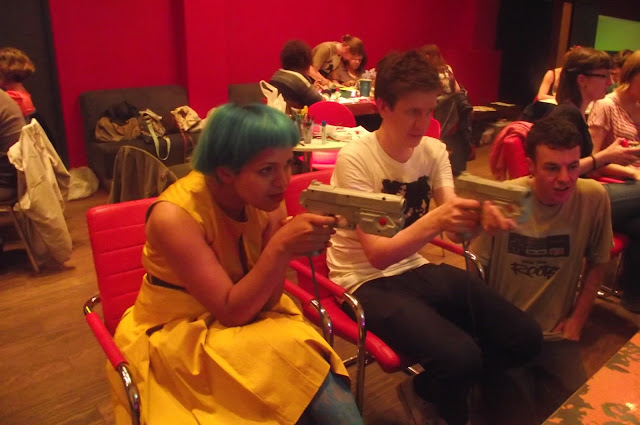 The lovely, wonderful Al (yes a hug from him looks very tempting!) who looks after us at The Hackney Attic has many talents, one of which is running a retro games night called Once Upon A Console which recently celebrated it's first birthday. Him and his crew kindly leant us their games stash which Momtaz got very attached to even though she was pretty rubbish at it. 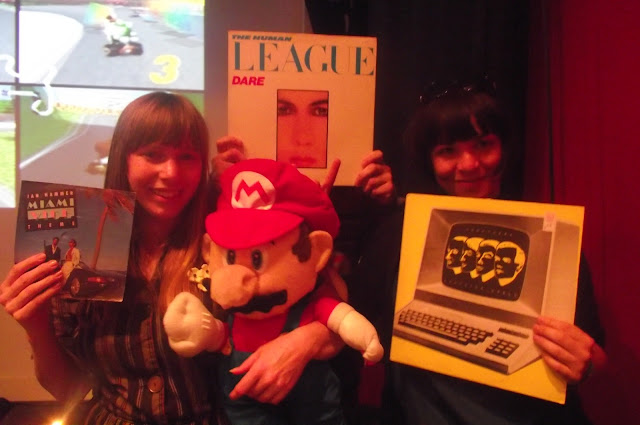 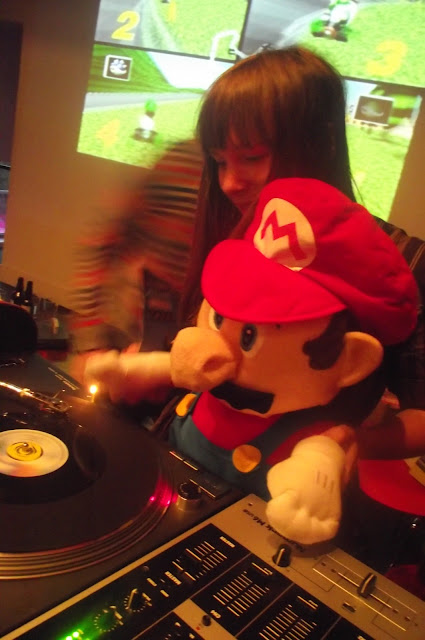 Our house DJs The Spinning Yarns aka Alice, Daniel and Isobel were joined by a very special guest behind the decks who played us tunes about Pac Man. 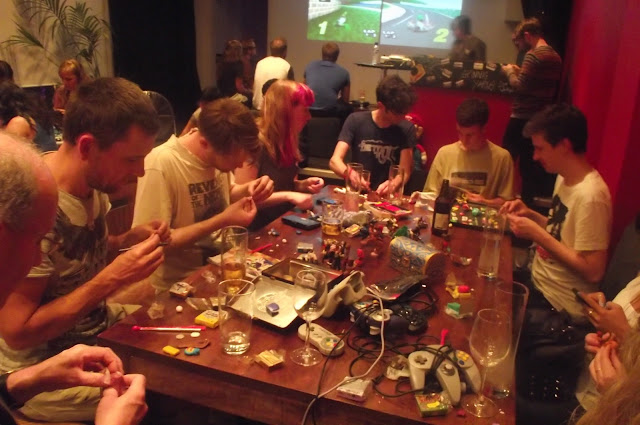 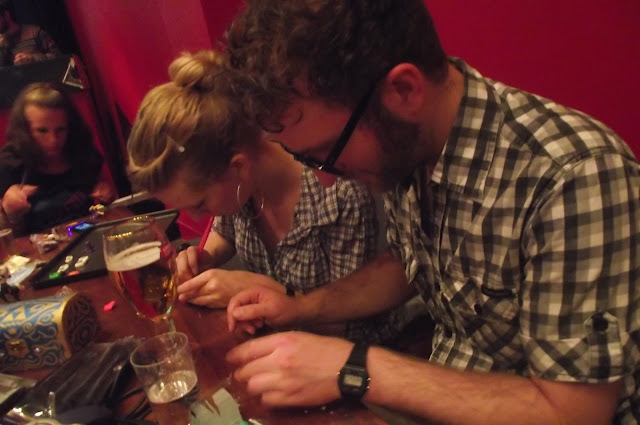 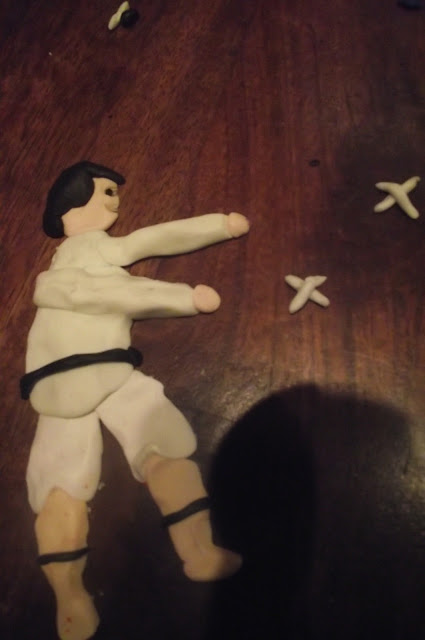 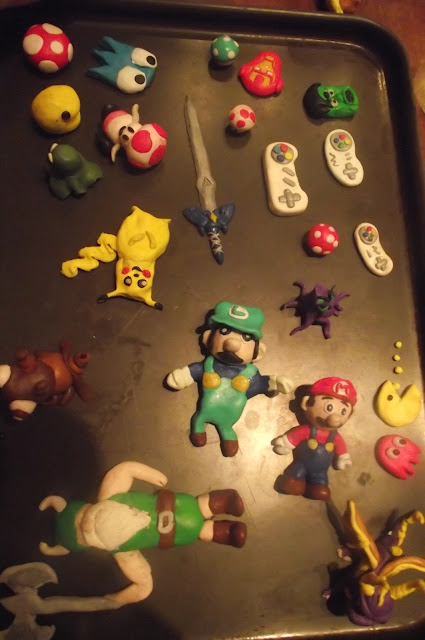 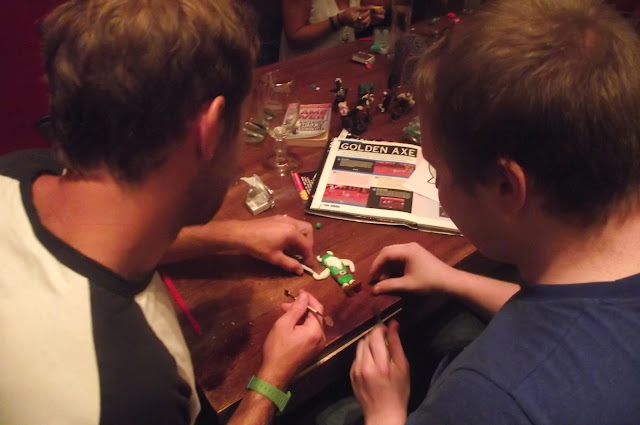 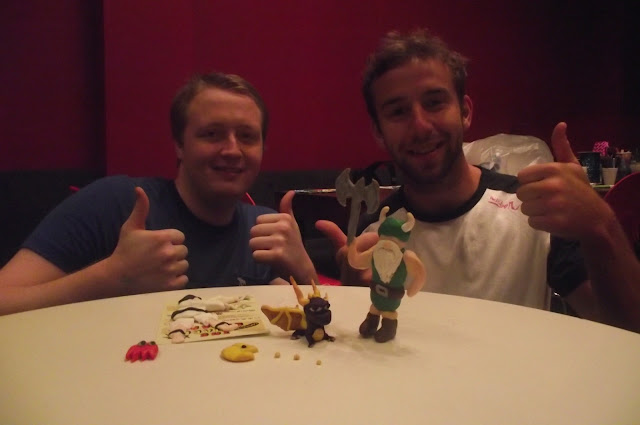 Super Al also ran a Fimo Clay workshop where the most intricate and 'Wow' of creations were made. Check out the booty this duo made. 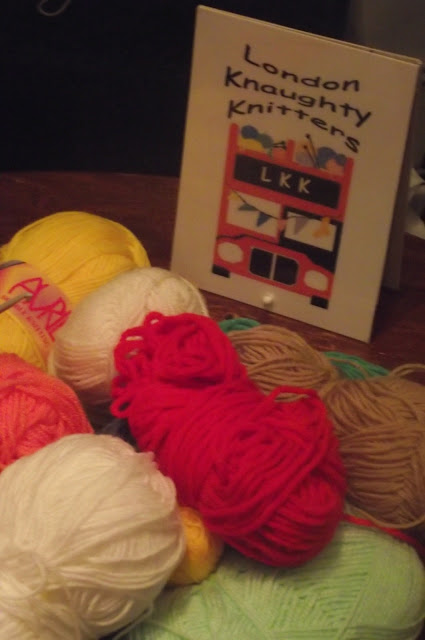 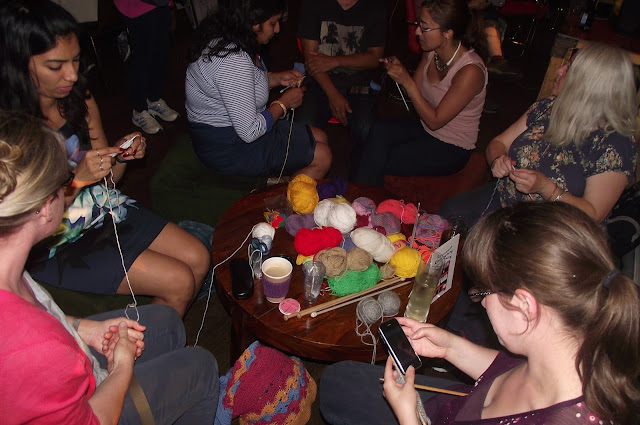 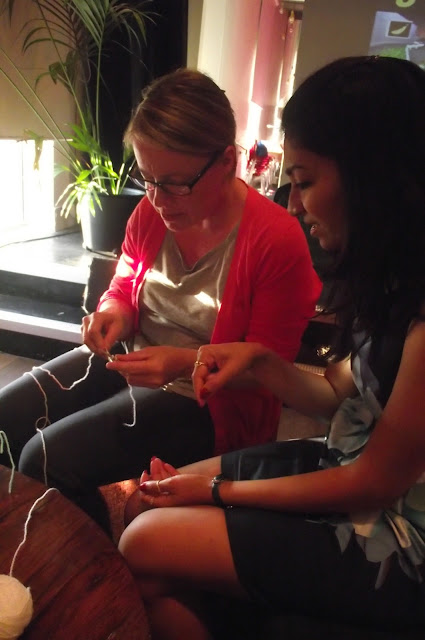 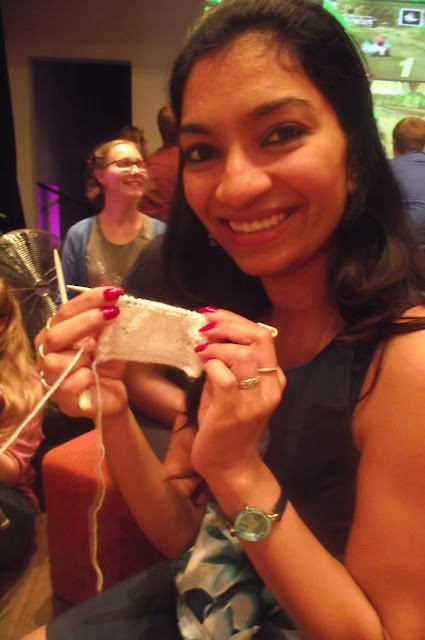 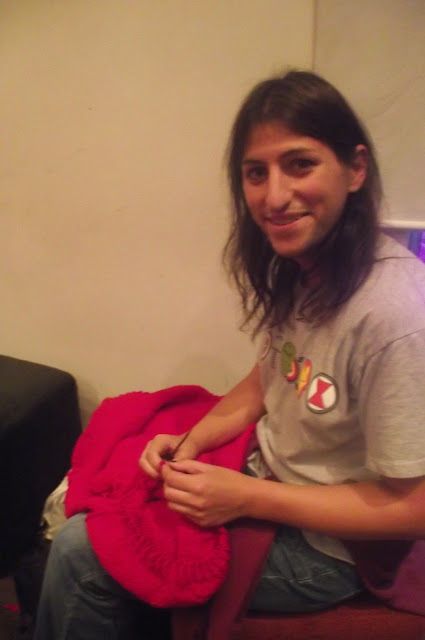 Our usual knitting guru Madelaine was off this month pampering her mum who was celebrating her 95th birthday but she sent along Beryl and other members of The London Knaughty Knitters to look after us.

Knitwits flocked to our knitting corner including a new girl who picked up the needles for the first time ever and an inspiring guy who knitted this mammoth jumper in less than a week. We salute your dedication! 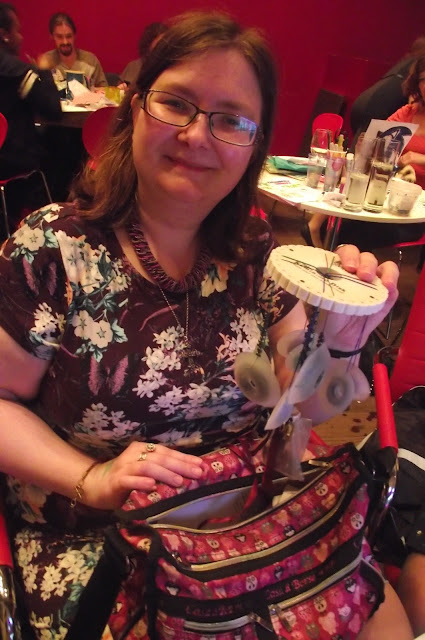 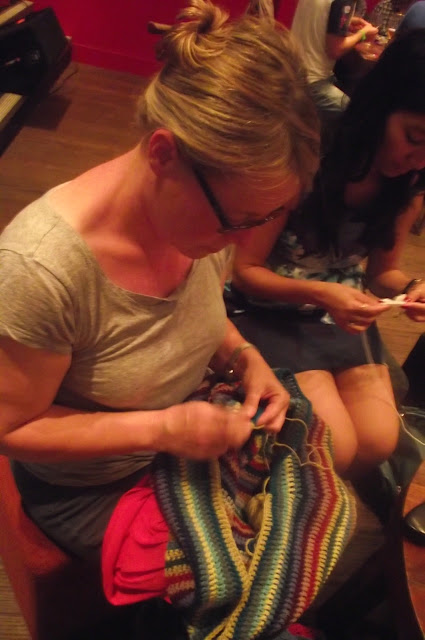 We encourage folk to bring along their own projects to work on (because crafting with others is so much nicer than making on your lonesome.) We had our first braidmaker and we are really rather jealous of this stunning crochet bag that was being constructed.

And if that wasn't enough. This happened... 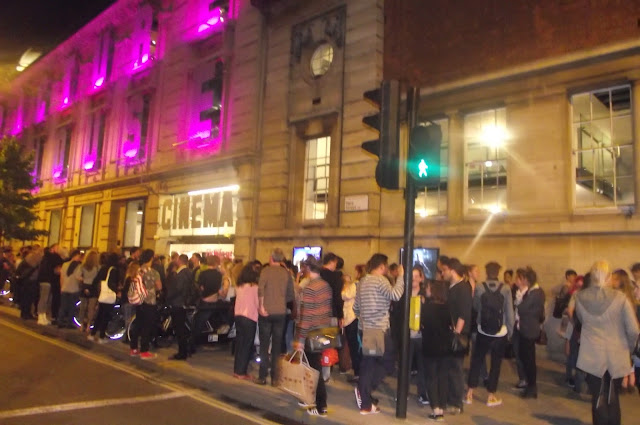 An entire building evacuation. Not just those who were crafting and gaming but all the folk who were watching films.

We could tell you what happened...but have decided it's too top secret.
Next time you'll just have to join us to be a part of the drama! 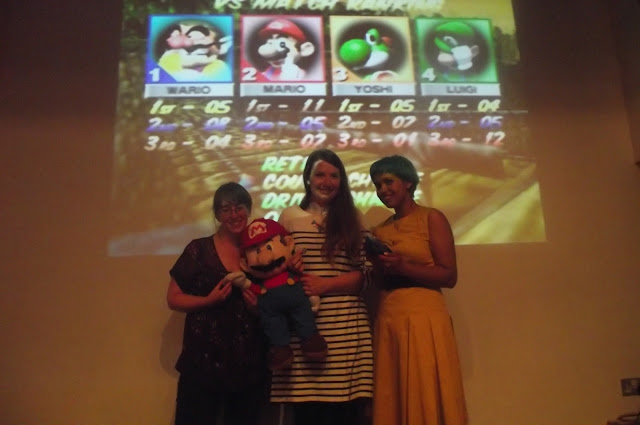 By next time...there are are in fact THREE places you can catch us this month!
We are going on our first ever TOUR!

This August Bank Holiday The Make Escape have been invited to run a craft area inside The Royal Festival Hall at their summer Village Fair. We'll be there Saturday 24th & Sunday 25th August from 11am-4pm offering FREE drop-in craft activities and on Sunday we'll be running a craft swap so bring along any unwanted materials and/or homemade projects you want to exchange.

If you've not been able to come to one of our weekday evening events we hope you can finally join us.

Then two days later we'll be back in our usual spot at The Hackney Attic on Tuesday 27th with an amazing line up of fashion themed workshops.